Welcome to a monthly series of blog posts that aims to capture the current state of development for Welcome to Sysifus Corp!

These updates serve to keep track of how the game changes throughout its development and will be split into the following categories:

This month continues with further simplification of the game mechanics due to feedback received and difficulty in retrofitting a cohesive theme / story. 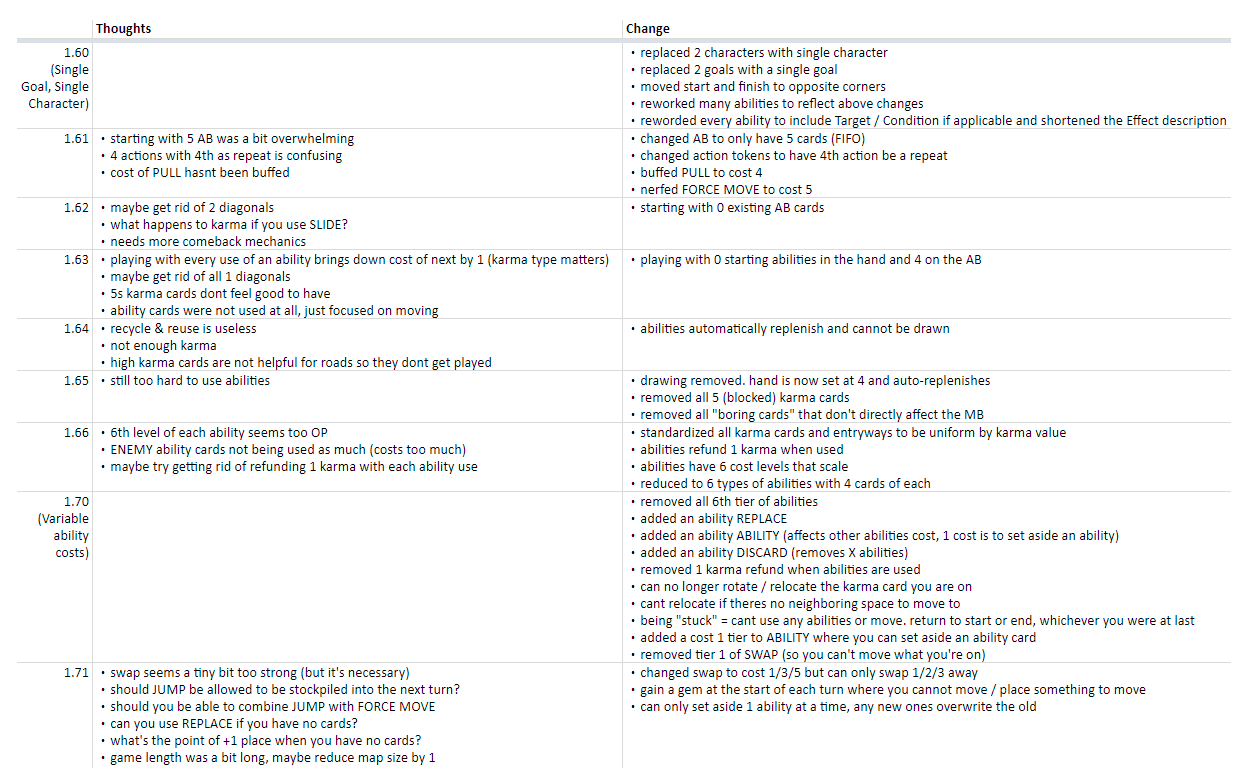 Click to see notes from this month’s playtest sessions.

The focus this month was on fine-tuning the aspects of the game that are strong and diluting them down while cutting out the fat.

How to play (Previous version)

This section will explain the old game rules.

You control two characters who are on a journey to “making it.” Starting from one end of the board, you work your way to the two goals on the other side of the map. 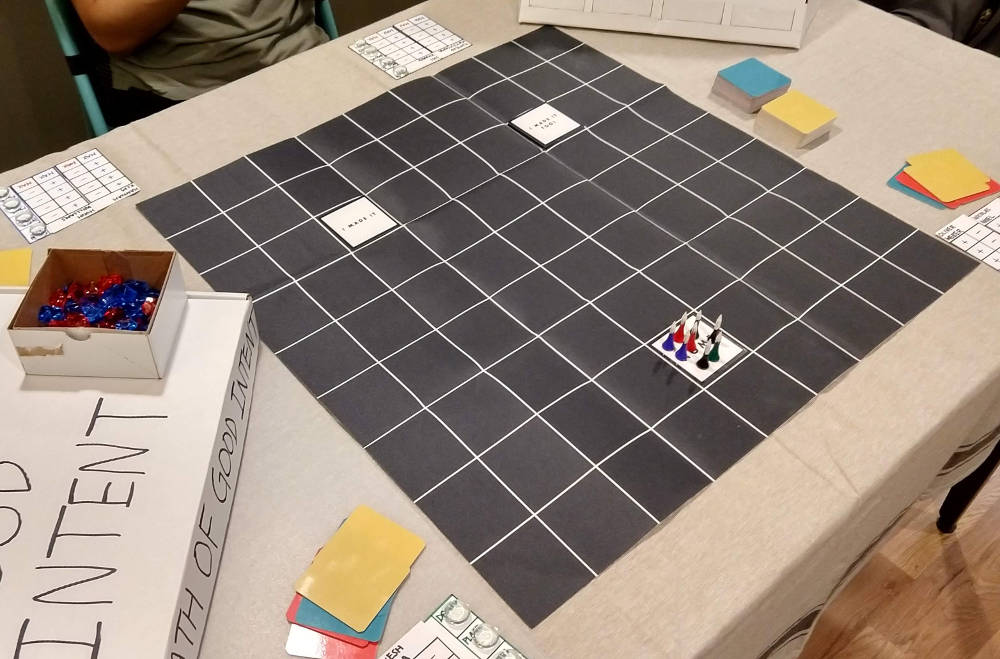 How the board used to be laid out.

Your hand consists of: 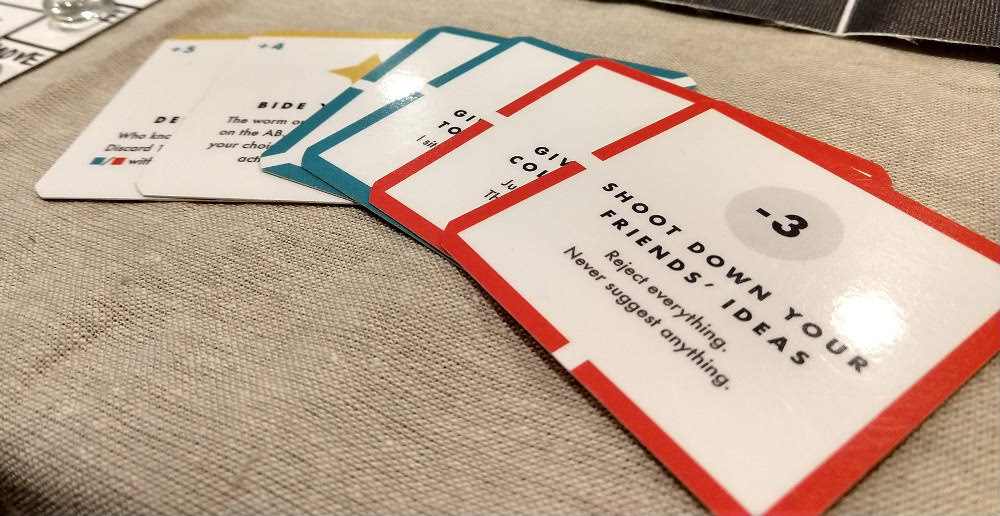 An example hand in the older version.

Each turn you can do four actions:

Problems with the old version

The biggest problem was the difficulty of fitting a cohesive theme into the game. Simple questions such as “Why are there two of everything?” or “What’s the point of ability cards?” were incredibly difficult to answer.

Another problem was the complexity of the game. While the base rules were simple, a lot of the abilities were incredibly difficult to comprehend at a glance. 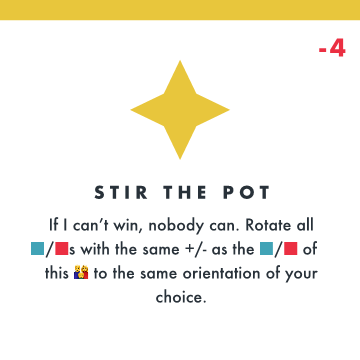 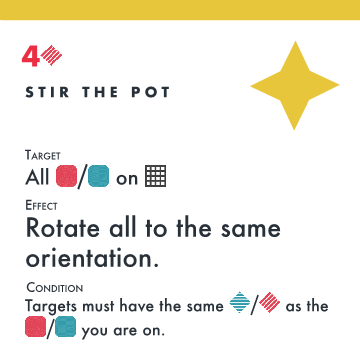 Despite improvements in legibility, the sheer volume of unique cards made the game unnecessarily convoluted.

A lot of the problems that I initially had when initially making the prototype still seemed prevalent despite several iterations of the mechanics.

Turns were also taking far too long due to several reasons:

So what changed this month?

As you can see in the tables below, the majority of the changes made are aimed at reducing the amount of decisions that a player has to make during their turn.

Reduced the variety of movement cards.

One currency to pay for everything.

A great example of these changes can be seen in the ability cards.

Below are four cards that existed in the previous version that had similar effects. 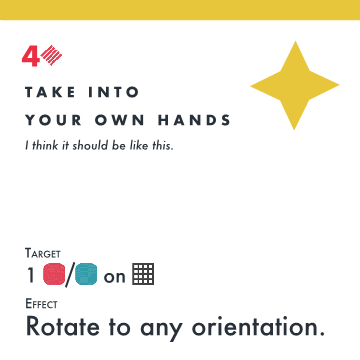 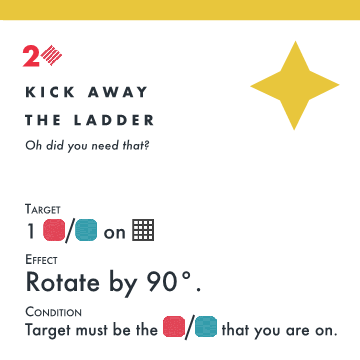 Old ability cards that rotated cards on the board.

And below is the card that replaced it, please excuse the lack of professional design, we’re back to the prototyping stage. 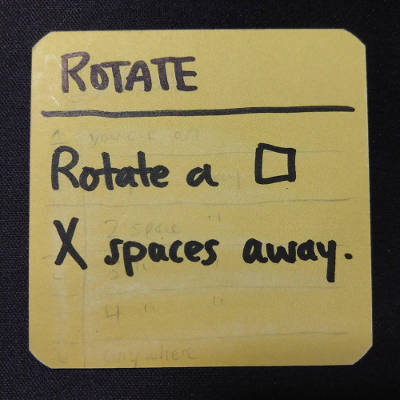 The new version of a rotate ability card.

Basically, a lot of unnecessarily convoluted abilities were thrown away or combined into single “scalable” abilities with variable costs. The more you pay, the stronger the effect.

This new scalable system aims to reduce the amount of “dead draws” or unusable abilities. And hopefully will lead to more action within the game and less downtime.

Currently, there is no real theme for the game. Just various vague feelings or descriptions for the tone of the game.

We recently stumbled upon a video that captures the spirit that I had originally envisioned for the game.

Something about the absurdity and seriousness of his actions that really resonates with me.

But as it currently stands, the game has no theme. This is something that we will be actively working on in the next coming weeks.

We recently posted the results of our Tinder-for-finding-playtesters post on /r/tabletopgamedesign to some success. 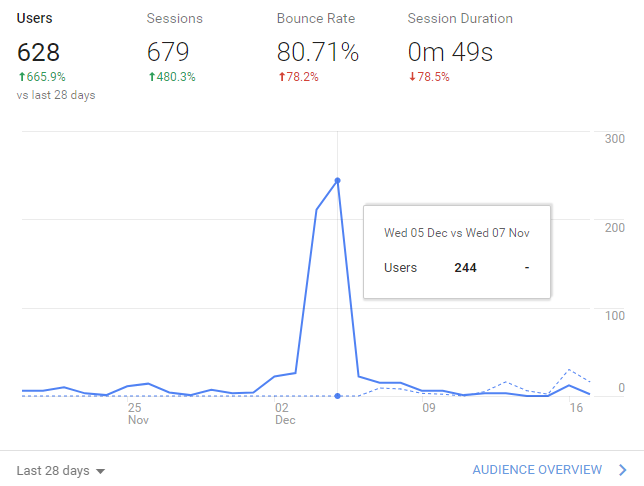 Additionally, we’ve reached over a hundred subscribers on our email list! 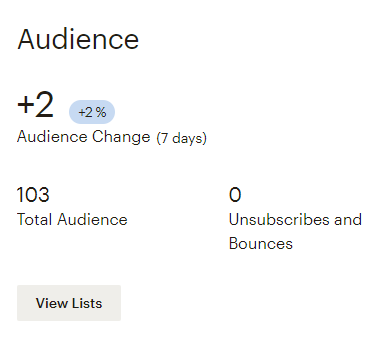 A big thank you to everyone who subscribed!

There were a lot of highs and lows in the past month. One day I can feel like my game is the greatest thing ever and the next I just want to crawl into a hole and forget about everything.

A few things to keep in mind for the future and for anyone in a similar situation:

Thank you for reading the December update for Welcome to Sysifus Corp. Tune in next month for more updates!