How the Project Cards changed over time

Here’s a closer look on how my board game changed over time. Or more specifically, how the Project Cards have changed. 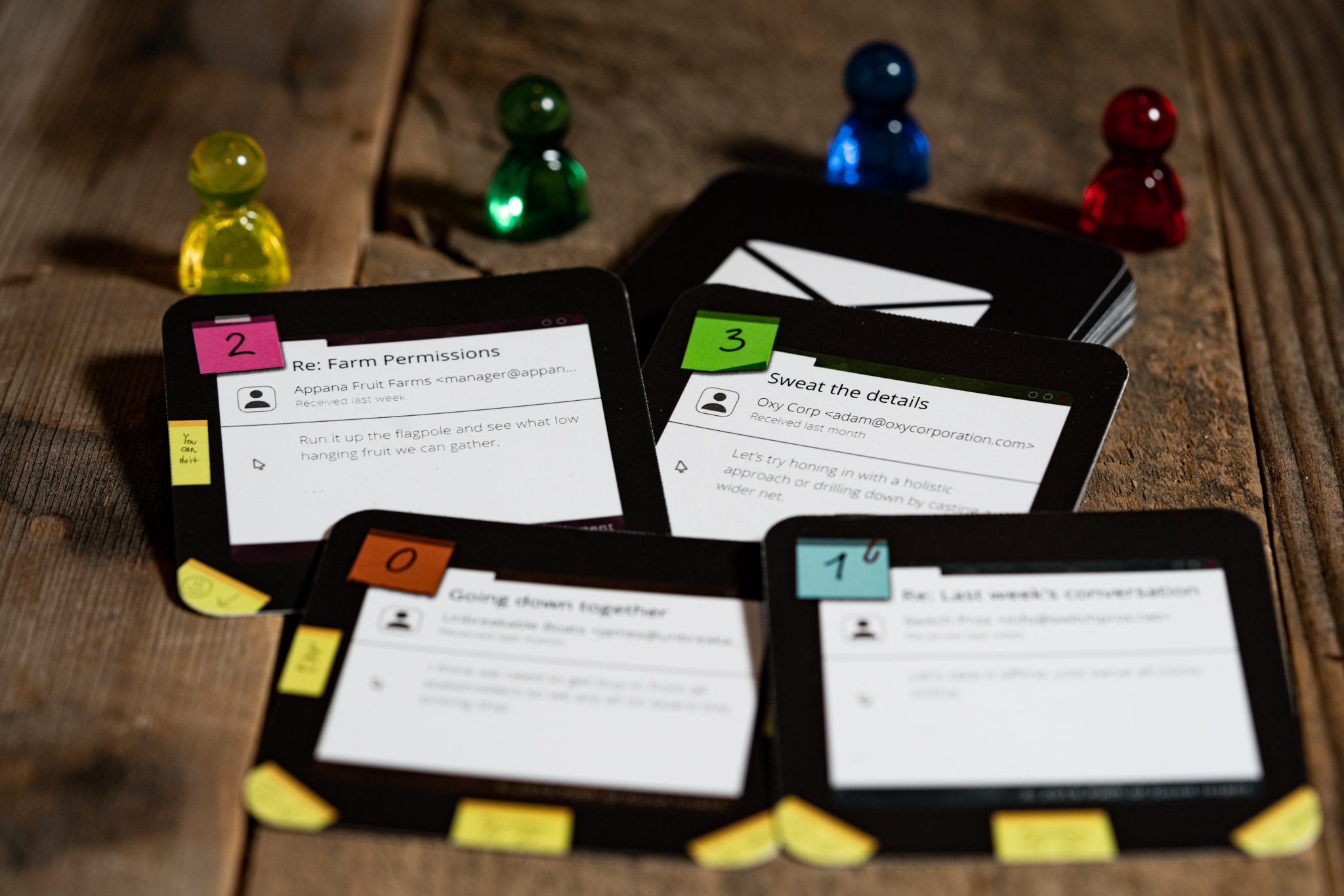 Project cards are the basic movement tiles used in my game to build a path around the gameboard. They are placed by players and used to move from one tile to the next using interconnected sticky notes.

But they didn’t used to look like this, nope. They were very very different indeed.

Here’s how they came to look like what they do today. 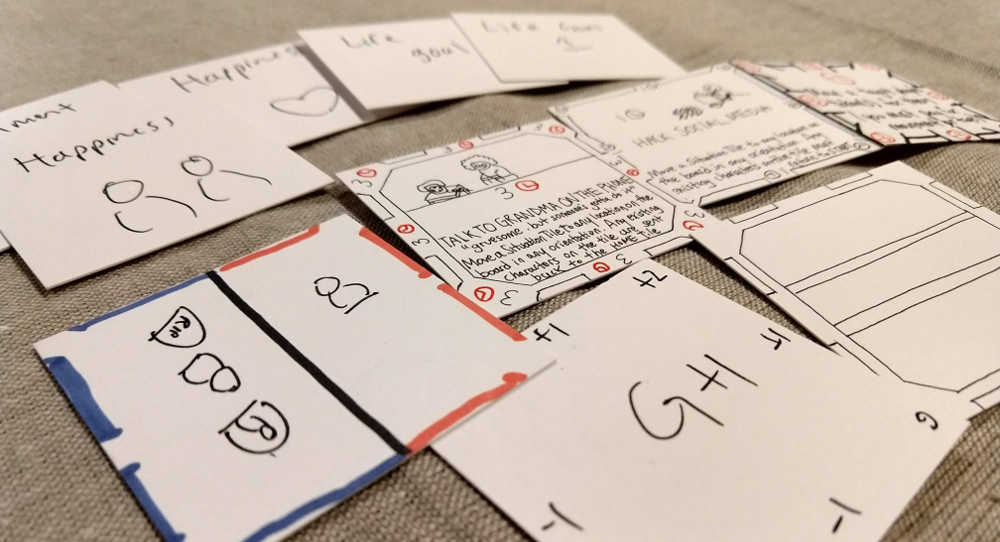 When I first started designing my game, I just used simple index cards cut up into squares. I used my favorite pen (Pilot G2 Gel Black) to just doodle random designs onto them. Then I used a dry-erase marker to add some color.

Back then it wasn’t called a “Project Card” but rather, “Karma Cards.”

The idea was that each card was a life event, that gave you positive or negative karma depending on the event. 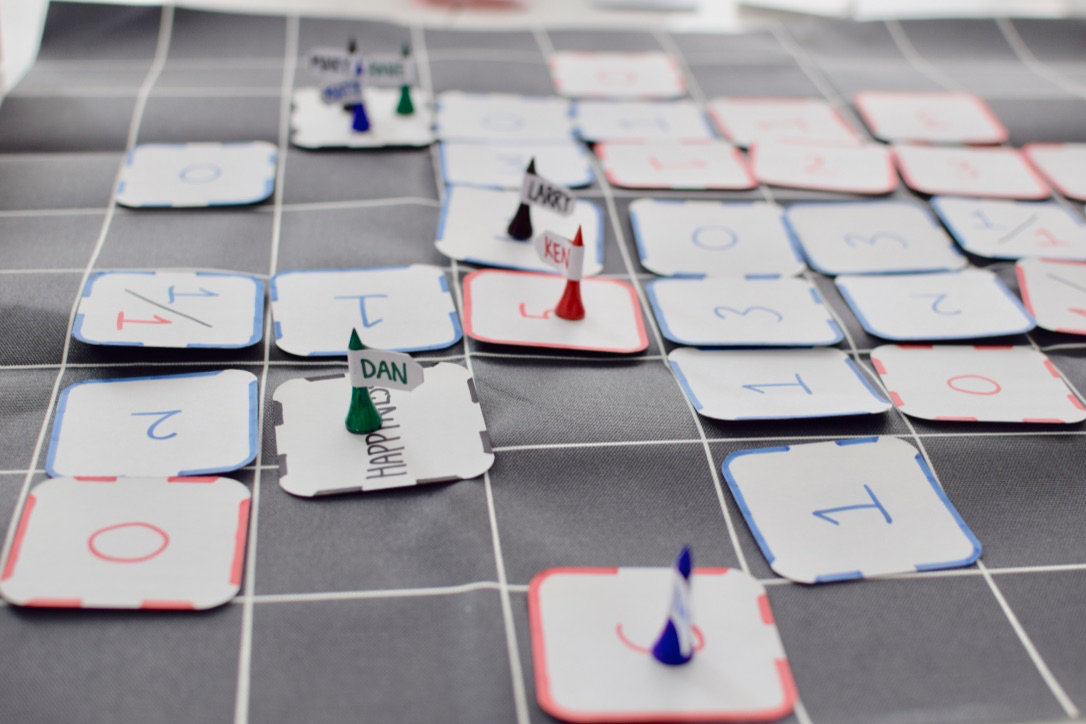 An upgraded version using nicer card stock and only sharpies. The open spaces on the edges of the cards indicated the direction you could move in. If both cards had a space, then you were allowed to move between two cards. If only one card had a space, then you cannot move. You needed both an entrance and an exit.

The giant number on the cards indicated how much karma you’d receive by landing on that card. Blue meant positive karma and red meant negative. 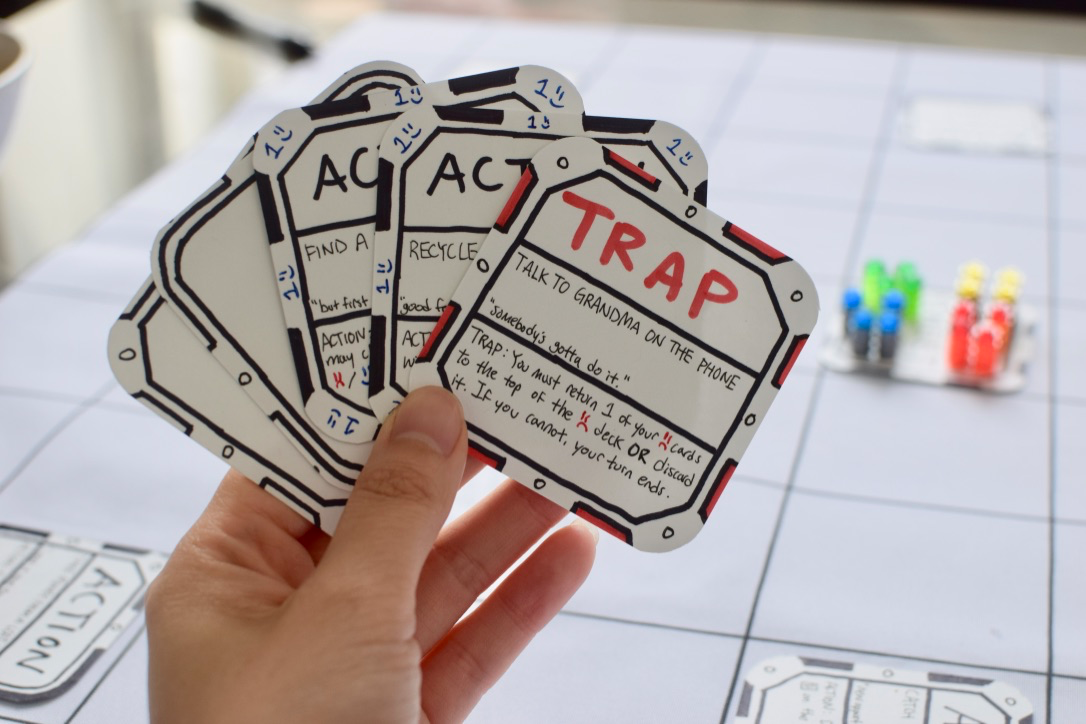 Karma cards weren’t the only ones available. There were Trap Cards and Action Cards as well that also had special effects. To use an Action Card, you would have to spend your karma points that you earned from Karma Cards.

Here’s the updated beta design of a negative Karma Card I made using GIMP, complete with a new title and flavor text.

I changed this eventually to be a positive Karma Card because honestly, talking to your grandma on the phone shouldn’t give you negative karma. 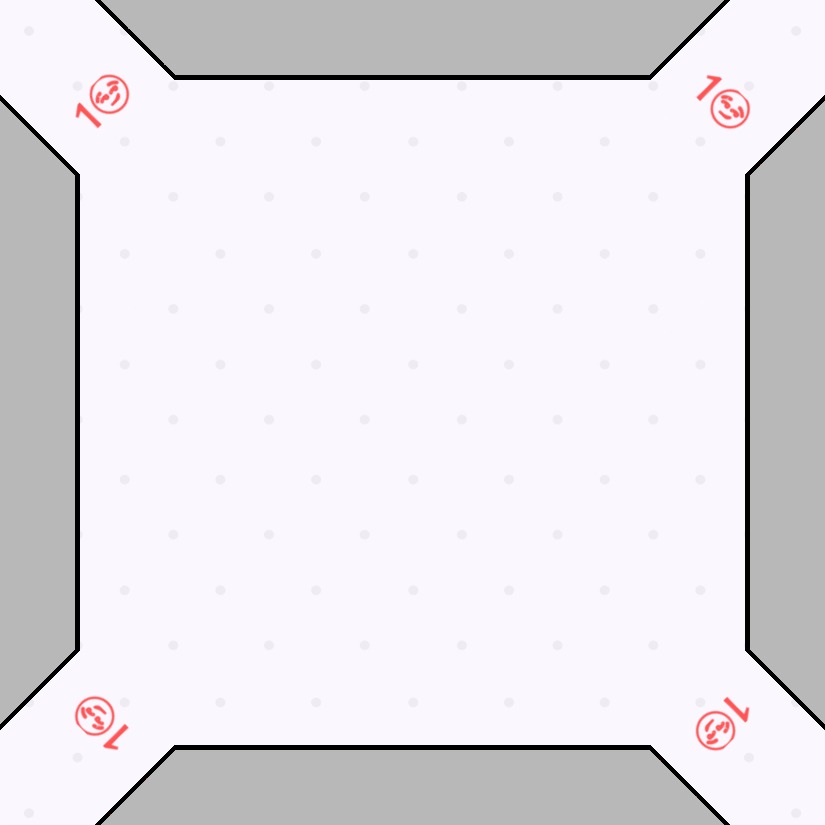 These “Movement Cards” didn’t do anything, but you would require karma to be able to go through the passageways. Here, you would need to pay 1 negative karma to move in any of the diagonal passageways.

Here’s an updated design that I made using Adobe InDesign. I went for a much more simplistic look since I wasn’t 100% sure what the theme of the game would be yet.

Landing on this card meant that you would “stand up your date” and thus gain you 3 negative karma points.

I also got rid of the karma requirements of moving between cards. It was unintuitive and very cumbersome to calculate. 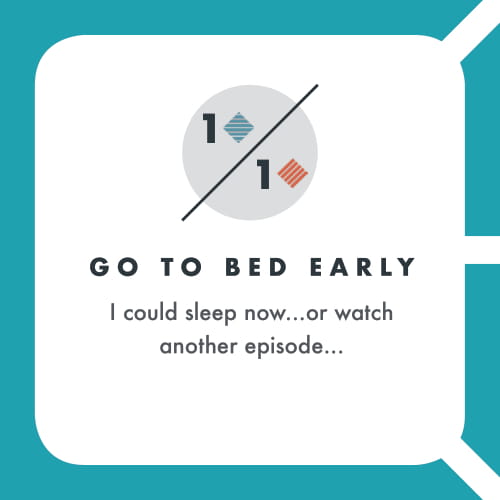 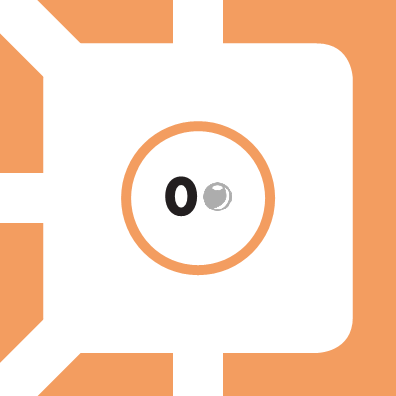 One of the final designs before I created the theme of my game. Here I had gotten rid of the dual karma system for a single resource (the gray pearl looking icon).

Since this card had a lot of passageways, it offered a lot of versatility in where you could move onto. Thus it gave 0 resources since it was a powerful card. 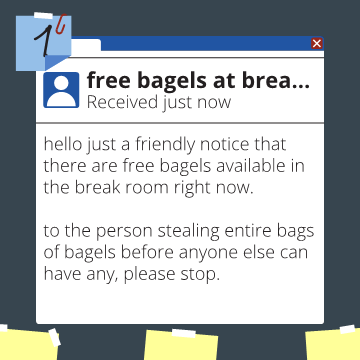 Finally I decided on a theme for the game. It was a corporate themed race to the promotion at a cut-throat corporation.

I decided to re-skin my Karma Cards and that’s where “Project Cards” came into existence. These are monitors displaying a random corporate email received from someone. None of the text is important to the actual gameplay and just served as flavor text.

The post-it sticky notes attached to the bottom of the card replaced the passageways from before and indicated which direction you were allowed to move.

The single colored post-it sticky note on the top left indicated the amount of resources you would receive by landing on this Project Card. 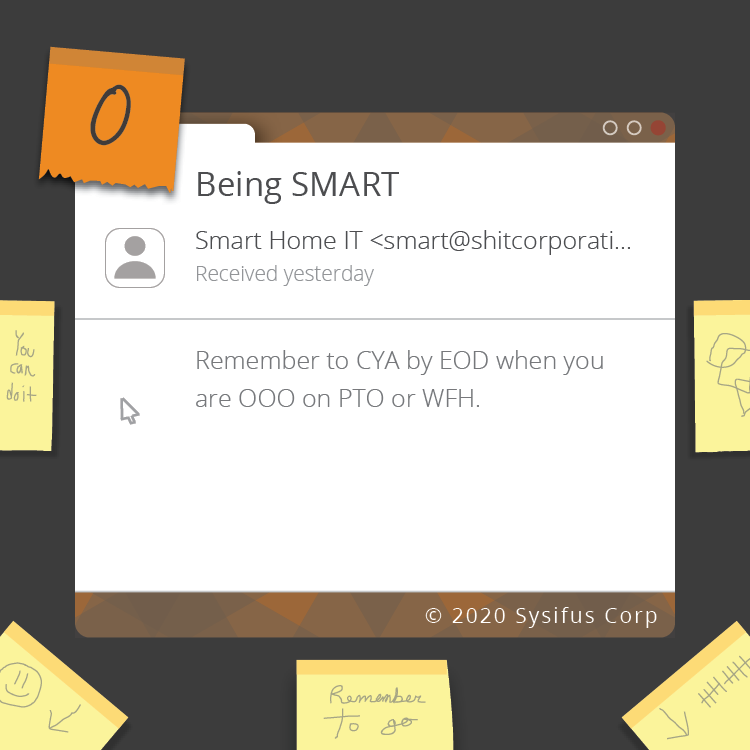 Here is the final design of the Project Card. 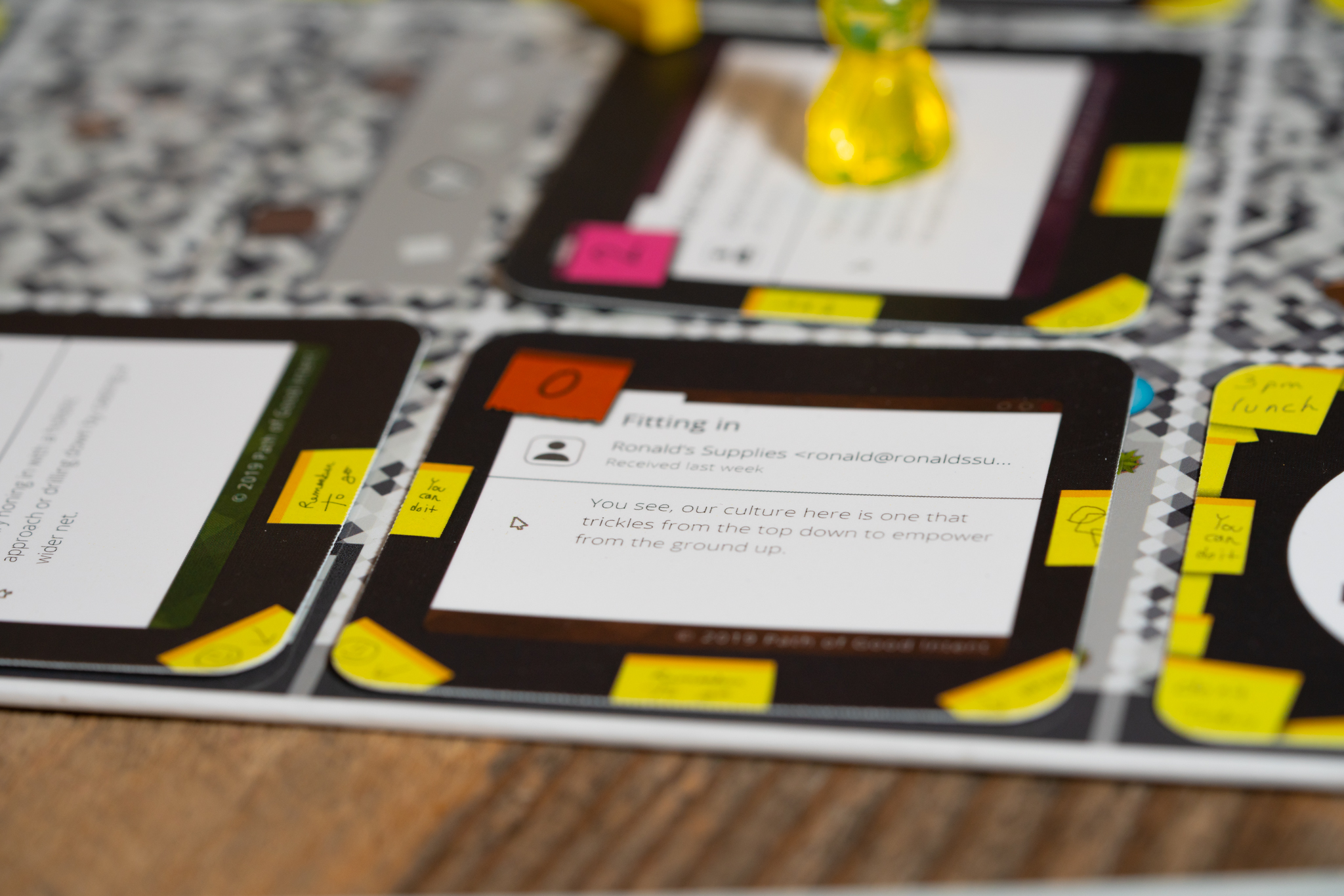 And a picture of the card on the game board. Any two cards connected by sticky notes meant that you could move between them.

Players are free to place these cards on the board in any orientation they desire. Which leads to a lot of moves where players are blocking in others and closing out routes once they are ahead of everyone else.

Thanks for taking the time to read and please don’t hesitate to reach out with any questions or comments.