How many playtests is enough?

I did a few surveys around the internet a few weeks back, asking everyone the same question:

How many playtests with strangers did you do before officially launching your game?

Here are the various results: 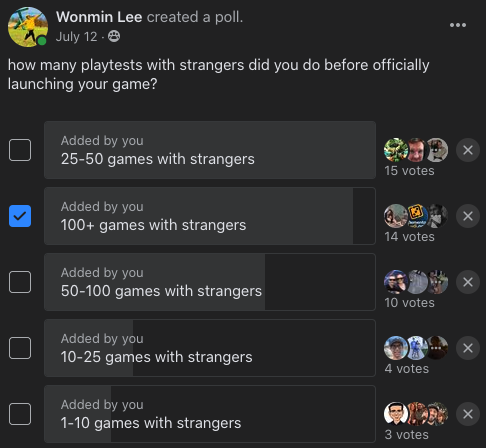 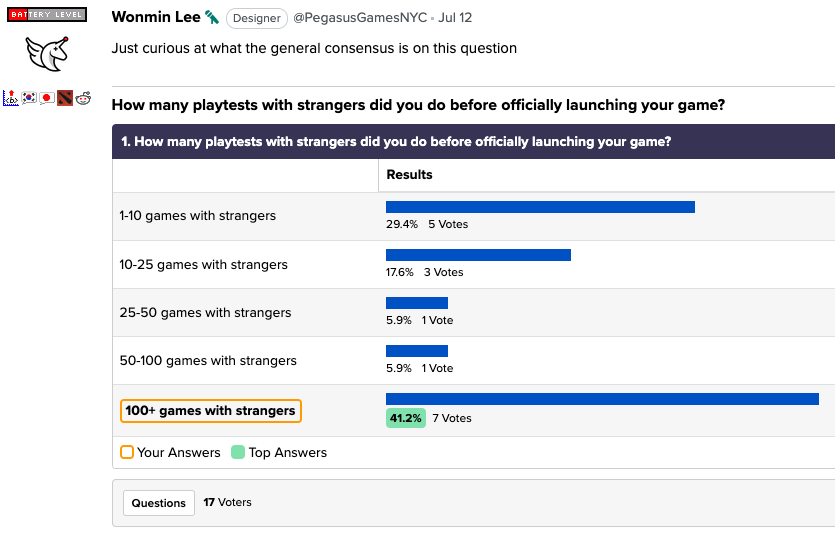 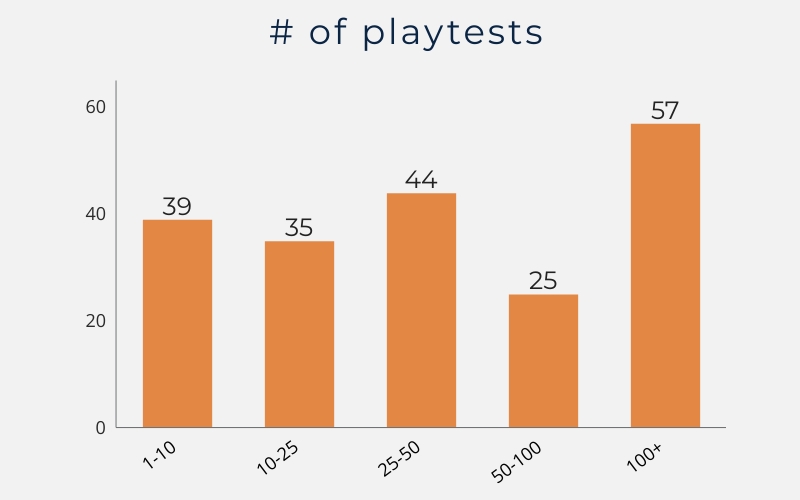 Added up into one graph.

As you can see, 100+ had the most amount of responses with 25-50 being pretty close. One little caveat of this data is that Twitter didn’t allow me to have more than 4 answers in the poll so some of the 50-100 answers might very well be 100+ answers. But that doesn’t take away from the fact that the majority of people believe that a game should be playtested over a hundred times before being released.

When I was developing the prototype for my game, I played it well over a hundred times with over 300 unique people. All in the span of the three years that it took to create it. (With a year break in between)

If you are a game developer and have a game you are looking to playtest your new game, here are some articles that may help you out.